In these posts, I will be interviewing the world's best translators/interpreters. For what better way, for someone new in the translation world , like myself, to learn from the best? Thank you so much to those who have devoted their time to to inform and entertain us with their own stories and experiences. 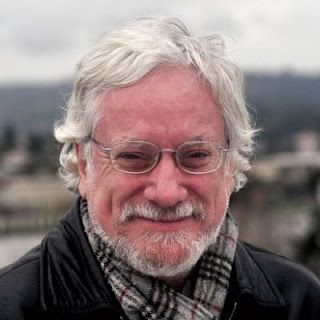 This is a special post, as it is the first English-speaking translator I've had the honour to interview. We are interviewing Thomas W. Christensen, who is an American author, translator, and publisher. He is known for his publications on literature, history, and art; his literary translations from French and Spanish; and his work as an editor. Thomas obtained an advanced degree in comparative literature from the University of Wisconsin-Madison. Of the many novels he has translated, the most well-known is the best-seller LikeWater for Chocolate (by Laura Esquivel), in which he worked with his wife, Carol Christensen, who is also a translator. He has written introductions to some books, such as Sylvie and Bruno, by Lewis Carroll and has also received an award for dedication to translation from the "American Literary Translators Association".

As a graduate student I took some courses on translation in the Comparative Literature department. For one course I translated the entire The Great Drinking Party (La Grande Beuverie), a novel by René Daumal. I didn't pursue publication though, which was probably a good thing, because young academics tend not to be great writers (since they are taught a kind of private language), and I know I was no exception. It took me a few years after leaving school to cast off academic language and learn to write for general readers. In literary translation, the ability to write well in the target language is critical. At this time I did another book-length work, which was pretty comical. I got a job translating technical documents for an international corporation. In this capacity I translated an opus called Frozen Coagulated Cultures in Wine, Cheese, and Sauerkraut Production. You've probably read it (haha). Later, when I was working for the publishing company North Point Press, I learned that Julio Cortázar's Around the Day in Eighty Worlds was available for publication in English translation, and I convinced the publishing company to acquire it and give me a go at the translation. It was thrilling to be able to work directly with Julio, although, sadly, he was in failing health and passed away before the project was completed. But he did endorse the work in progress, and that was encouraging to me as a young translator. So that was my first published literary translation. Carlos Fuentes noticed it and asked me to translate one of his books, and things went on from there. I once read someone -- maybe one of the canonical British poets -- opine that writers should feel a responsibility to bring foreign works to their native culture. Somehow that stuck with me.
2. What do you think are the most common mistakes amongst new translators? What advice would you give us?
The most common mistake is stopping before being done. Sometimes the magic of seeing the text appear in English bewitches us, and we are entranced into thinking we have created an English equivalent. But usually artifacts of the source language remain, things that are not odd in the original but in congregate are slightly off in the target language. So you have English, sort of, but a document that is not really a cultural equivalent. At some point you have to cast the original aside and just work in the target-language text, to make sure it is convincing and coherent as a work in its own right. Reading aloud can be a help. Of course, there are other kinds of translation, such as scholarly translations of ancient works, containing abundant notes and explications, that are really cribs to the original. But I am talking about literary translation, where the goal is a literary work in the target language.
3. Do you usually use CAT (Computer Aided Translation) tools when you translate? If so, which one/s?
I have used these, though I'm not sure how much help they were. I used to have a Word add-on that I used for a while, but I don't remember what it was called. More recently I have sometimes used Google Translate when puzzling over some passage. Occasionally it can be helpful.

4. Can you describe your translation process? Do you read the whole book or do you translate as you read? And when you work with Carol, your wife, how do you divide the tasks?
Because I do literary translation it is important for me to read and understand the whole work before translating. Literary translation is in a way a kind of critical reading, a sort of literary criticism, and rereading is a key in criticism. Critical reading in the source language and writing ability in the target language are essential skills in literary translation. When I would work with Carol one of us would take the lead and then the other would review and edit. (The lead translator's name would appear first.) We would then discuss options. Carol usually reads my work and offers suggestions even when we are not officially co-translators.

5. What helpful and not-so-helpful work habits have you developed over the years?
Until recently I always had a day job, so I had to be efficient at working in evenings and weekends. As a professional, I had to meet deadlines, so I usually set progress landmarks that I would try to meet. It's important to get a rough version done quickly in order to allow sufficient time for the important work of refining the text.

6. Which types of differences between English and Spanish have given you more problems?
Sometimes Spanish is ambiguous where ambiguity is difficult in English, such as with verbs that have implied subjects with unspecified genders. Carlos Fuentes told me that he found the opening of "Cambio de Piel" ambiguous in a way that the English translation, A Change of Skin -- regrettably, he thought -- is not. Spanish is also more liberal about sentence structure than English, so typically a lot of sentences need to be recast. There are cultural, conceptual, and connotative issues as well. Alastair Reid, the New Yorker writer and prolific translator, told me that he didn't think the title Like Water for Chocolate would work in English, because readers would not understand the reference. He said he had spent a long time trying to thinking of an alternative without coming up with anything he liked. The publisher for a while wanted to call that book Boiling Point. But we wanted to retain the original flavor and ultimately prevailed (partly because Boiling Point, fortunately, had already been used). Yesterday I was reading a novel that included a translation of the Los Lobos song La Pistola y El Corazón. It ended "But my tears are now drying / With my pistol and my heart /And here as always I spend my life / With the pistol and the heart." I don't think this is a very good translation, because "con la pistola y el corazón" is not terribly odd in Spanish, but "with the pistol and the heart" is a phrase no English-speaker would ever naturally utter. I'm not sure what a better translation would be, but if I were translating this I would have to give it a lot of thought. 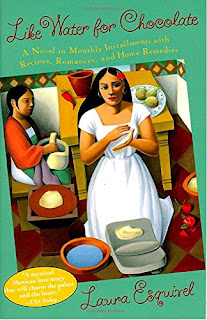 7. When you were translating the best-seller Like Water for Chocolate, what problems did you encounter? Given that the main theme is Gastronomy, which has a highly cultural component, were there more challenges than with any other novel?
The biggest problem was simply a very tight deadline. I have often wished that we had had more time for this project. The gastronomical aspect was not that challenging since shortly before then we had translated a big book for Weldon Owen called Mexico the Beautiful Cookbook, so we had encountered a lot of the terminology there. The biggest challenge was that the publisher initially wanted us to find English alternatives for all the Mexican cooking words, like comal, metate, and so on. We thought these words were necessary ingredients for flavoring the work, and fortunately the publisher relented.

8. Did you see the movie? What did you think about it?
We saw it at the Mill Valley Film Festival. The ticket taker said "You're the first ones who got the title right." I liked it.
9. Could you tell us a funny anecdote?
I can tell you a couple related to working with Carlos Fuentes. First, he told me that when he traveled to Russia he was presented with what was said to be a translation of Cambio de Piel, which is a big book. But the translated work was very thin. How could this be, he asked. "Oh," his hosts told him, "we took out all the parts we thought Russian readers wouldn't like." Second, as you might know, Carlos characterized writers as either "putter-inners" or "taker-outers." He was in the first camp, constantly adding material to his books and rarely removing any. In the book I translated I noticed he had said the same thing three or four times. I mentioned this to him, expecting him to delete one of the repetitions. Instead, he added "As I said before...."


Thank you so much for this interview, Thomas, it was a real pleasure.

Here you can read the translated version of this interview. I hope you've enjoyed it. 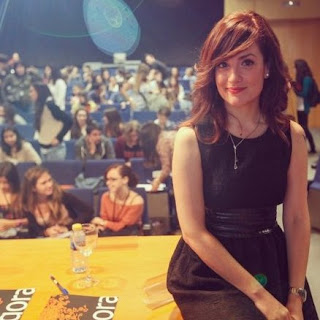 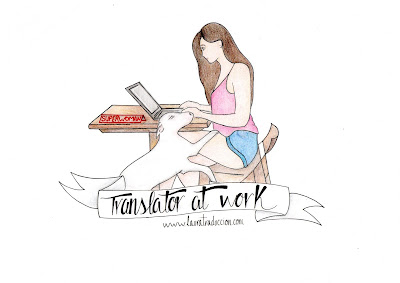 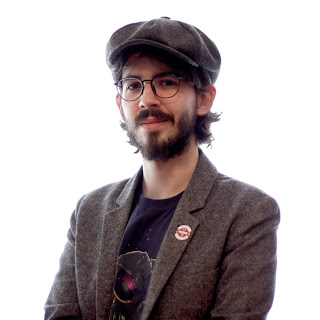 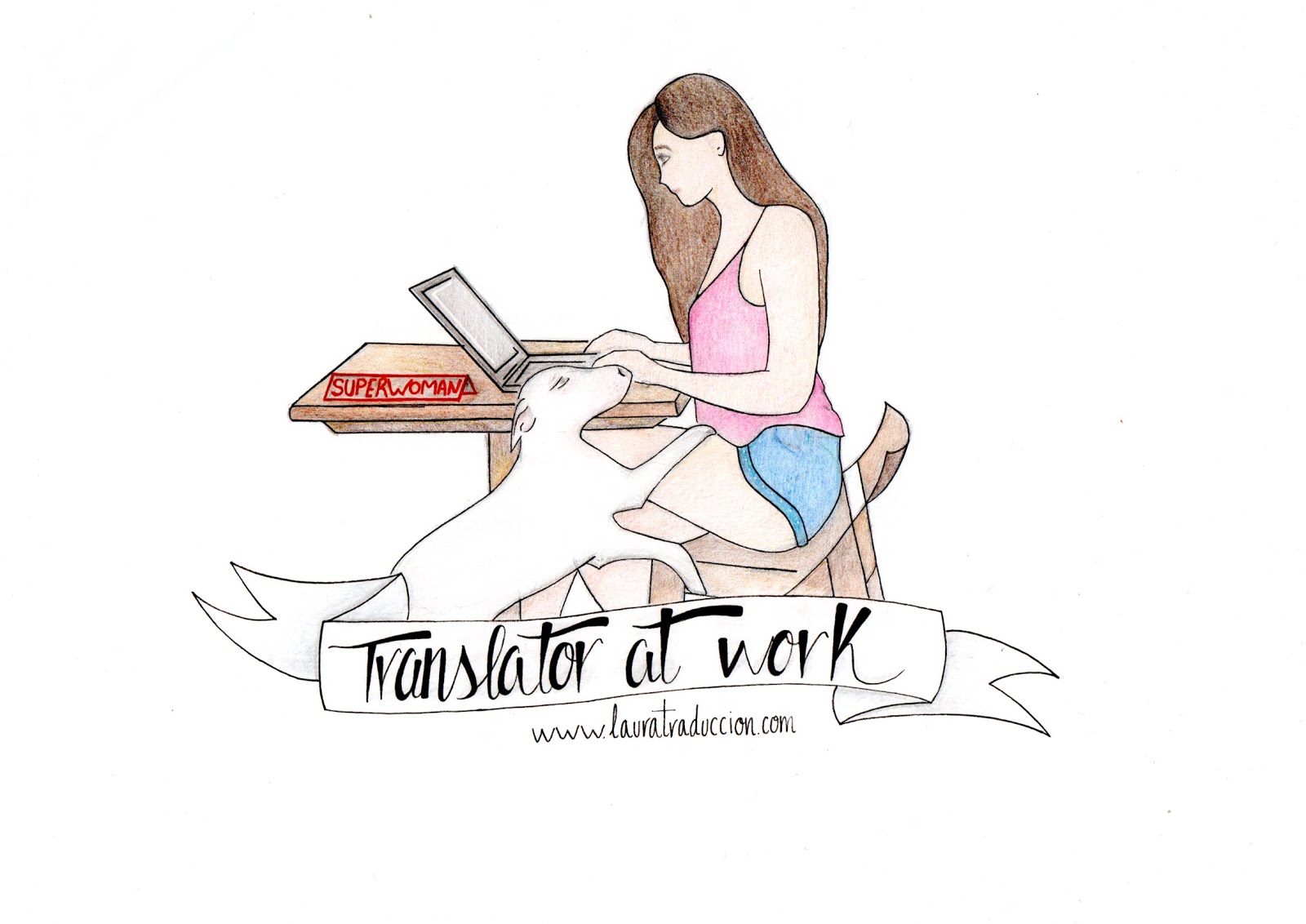